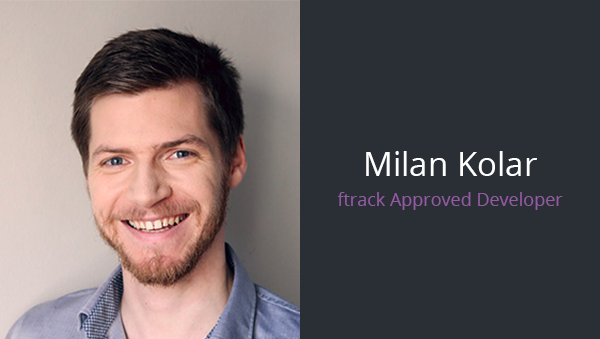 At ftrack, we understand that some productions need to go beyond ftrack’s core functionality and custom development is required. Thanks to our powerful API, developers can extend and customize ftrack into pipelines.

We spoke with Milan Kolar, a pipeline developer based in Prague, Czech Republic on his experience with ftrack.

Can you tell us about your background and how you got into the industry?

I started with self-learning CG around the year 2005, however realizing there weren’t any good opportunities at home, I moved to the UK to study Computer Animation at University of South Wales (former University of Glamorgan). I was hired as a CG artist during the second year of my studies, so I spent the third year of my studies in full production and juggled school at the same time. 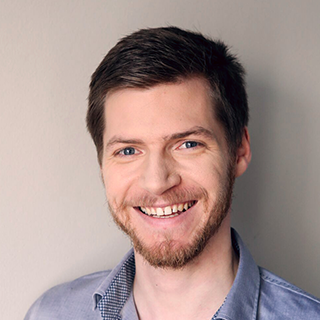 That was my first real contact with pipeline development. It was a simple case of a need arising in the production with no one there to do it. So I started learning Python and MEL along my 3D tasks and a few thousand lines of codes later, we had our first rudimentary pipeline setup in place. After this first show, most of the VFX team moved to another freshly set up studio so we had the opportunity to continue the development of these tools on new projects.

Even though I enjoyed pipeline work, I eventually went on to complete an MA in Digital Effects at Bournemouth University because I was still planning to move more into FX TD side of things. Returning to work after the MA, however, steered me again into pipeline work, so I went with the flow and I’ve been dedicating a big part of my time to pipeline development since then. Over the last ten years, I’ve had my fingers in a variety of solution from completely custom built, through ‘off the shelf’ pipelines and ending mostly with ftrack.

Currently, I’m the Head of Studio at Kredenc in Prague where I’m also wearing the VFX supervisor and pipeline TD hats, using our own pipeline as a kind of sandbox for implementing new pipeline tools and creative processes.

What sort of services do you provide?

Design and development of pipeline tools for most industry standard DCC software, however, due to time restraints and working under the Kredenc umbrella which also provides standard VFX and animation services, I’ve mostly been providing workflow and pipeline consultations and ftrack training to other studios. The training is not just about the technical aspects, but also overall ftrack usage and best practices from production and artists point of view.

What have been the most challenging projects of your career?

Certainly the most challenging were the pipeline for a TV show Grandpa in My Pocket for Cloth Cat Animation. Together with Toke Jepsen, we’ve had a bit of head start before the production started, but were essentially building it up in the full production swing. We needed to process over 3000 shots in about 8-9 months in a fairly small team (10-12 people). So we were automating everything we could from building the shot scenes to 1st pass of cloth sim. By some miracle, we managed to get it done.

My current work at Kredenc though is very exciting too. Thanks to the smaller team, we can be very nimble and change the deployed tools fairly easily which prevents us from getting stuck with certain tools, but rather develop, change and push for new ones when needed. This is essential for us, considering our projects range from 2D animation all the way to full on VFX work.

On what projects did you first start to use ftrack?

We decided to switch to ftrack for the project Toot the Tiny Tugboat at Cloth Cat Animation, after quite stressful experiences on the aforementioned Grandpa in My Pocket which was running both production management and pipeline on a different platform. The first dive into the API was a simple custom ftrack integration with CelAction for publishing renders for review.

Which ftrack customers have you previously helped with custom development?

I’ve done development at Bait Studio and Cloth Cat Animation in the UK and I’m currently working with multiple studios in Prague on their ftrack implementations.

How supportive have the ftrack developers been to your projects?

The ftrack developers are always very approachable and quick to respond to technical or other queries. At the beginning especially, there was a lot of nagging from my side getting into the API, but they patiently replied whenever needed.

Milan is based in Prague, Czech Republic and is available to work on projects worldwide. He can be contacted by email at milan[at]kredenc.studio.