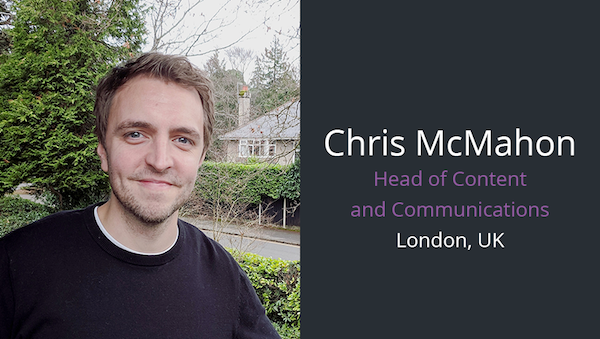 It’s an exciting time for ftrack. The team continues to grow and we’re working on some exciting new features that will make ftrack’s tools even more powerful for those in the creative industry.

We want to make sure these developments are known far and wide, rather than leaving them hidden behind the scenes. That’s why we’re delighted to welcome Chris McMahon to ftrack as Head of Content and Communications.

What are your responsibilities as Head of Content & Communications at ftrack?

I work within the ftrack marketing department to ensure that all developments, new releases and company announcements are communicated to the ftrack user audience and beyond. There’s a lot of exciting activity going on at ftrack and we want to tell the world about it. 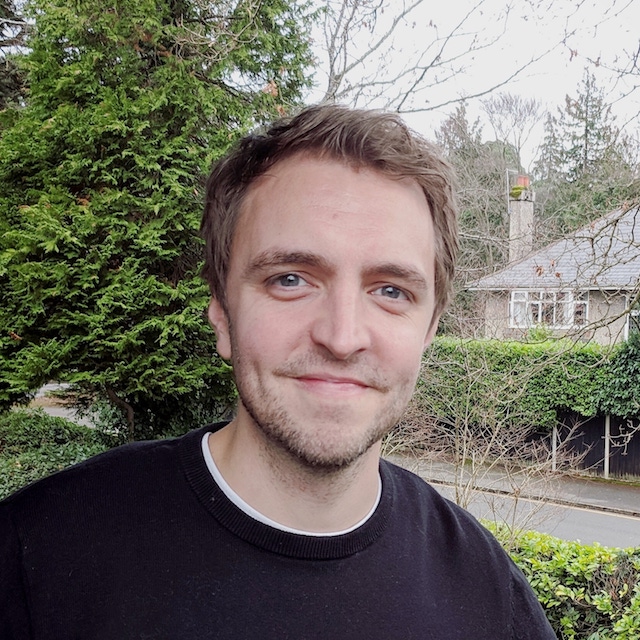 We also want to make sure that our users know how to get the most out of ftrack. That’s why I’ll be leading the charge in highlighting the handy product features that some people may not yet have encountered.

Finally, we want to make sure that our amazing community of ftrack users are given the opportunity to tell their stories. There are so many people using the ftrack product in such an incredible variety of ways. I’ll be working alongside them to find out exactly how they’ve been using ftrack and then sharing that with the world.

What interests you most about the media and entertainment industry?

I’ve always been awed by the boundless creative energy exhibited by each and every person working in this sector. The media & entertainment industry is unique in that the art form that drives it contains so many other art forms within it. I’m constantly impressed by the ability of the industry’s creative individuals to apply those different mediums to their work. They can mould exceptionally beautiful content out of extremely complex workflows. It’s amazing – and there is such a rich bounty of that work produced every single day. I’m incredibly excited to be in a role that allows me to not only engage with this content but also to talk to the people making it – and to find out how they weave that magic!

What is your background prior to joining ftrack?

My professional life has primarily centred on the written word. My career commenced at a magazine publisher in the south of England, where I worked in video game journalism and spent four years covering interactive entertainment around the world. I also spent two years as Editor of leading CG industry publication 3D Artist. I have also worked in content strategy at the UK’s prestigious Press Association and spent over three years helping to run Grammatik – a marketing agency tailored towards the media and entertainment sector. I feel primed for my role at ftrack!

What attracted you to working with ftrack?

The ftrack product is incredibly exciting. It’s built by people who come from this industry and understand what today’s producers, supervisors and artists need to create a successful project. Together, they have created something that not only looks beautiful but also works beautifully – ftrack is impressively capable at doing what it was designed to do.

But really it’s the ftrack team that drew me to this company. I had experience working alongside them in the past and knew that this was a group of forward-thinking people that I wanted to be a part of.

What are you most proud of in your career?

An impromptu Guitar Hero session with Coolio was certainly a highlight of my years as a video game journalist. I’m also proud to have interviewed major figures in both the video game and media and entertainment industries (a favourite was talking to Neill Blomkamp and the visual effects team behind Elysium) as well as working alongside the front-lines artists who created some absolutely amazing cover art for 3D Artist magazine.

What tip would you give to people picking up ftrack for the first time?

Take some time with the tutorials and schemas. Explore and experiment for an hour – and maybe even set up an imaginary project – to get a sense of how things feel and function before launching into a real project setup. Once you’ve started that project proper you’ll already be a good way through your learning curve.

What are your hobbies outside of work?

90% of my time is spent with my daughter! Once she’s off to bed I’ll usually be found enjoying a story, whether it’s reading a book, watching a film, playing a video game or listening to my slowly growing record collection.

Meet some of the other team members making ftrack bigger and better: