Ghostbusters: Afterlife is a film very much focused on inheritance.

Callie Spengler inherits a farmhouse from her late father Egon; her children assume the responsibilities of their grandfather’s ghostbusting business; and director Jason Reitman takes the reins of his own father’s franchise, making a Ghostbusters film for both veteran fans and a new generation.

In this fourth Ghostbusters outing, Reitman takes the paranormal action out of New York City—where Egon, Ray, Peter, and Winston once busted the Stay Puft Marshmallow Man and stormed down Fifth Avenue in a vivified Statue of Liberty—and sets it instead in the small town of Summerville, Oklahoma. Here, new cast members Carrie Coon, Mckenna Grace, Finn Wolfhard, and Paul Rudd interact with characters new and familiar; in the flesh and in spirit.

Although the younger Reitman had not delivered a VFX-heavy feature before, he had plenty of support from visual effects supervisors Sheena Duggal and Alessandro Ongaro, the latter taking over when Duggal went to work on Venom: Let There be Carnage. Duggal and Ongaro worked with lead vendor DNEG alongside MPC, Crafty Apes, and Proof across 1,100 VFX shots, using cineSync along the way to ensure no one got their beams crossed.

“I lived on cineSync!” says Ongaro. “We used cineSync for every review. It made it easy to give creative notes, make annotations, and get Ghostbusters: Afterlife’s shots where they needed to be.” 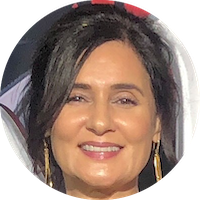 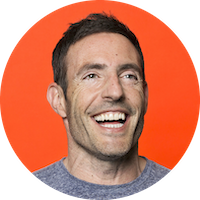 “The movie is a true homage to the original 80s Ghostbusters films,” begins Ongaro. “Jason wanted Ghostbusters: Afterlife to feel part of the same world. That all started with the production design, cinematography, props, and costumes, but the VFX had to embrace the nostalgic look, too. The challenge was to find the balance between the old look and giving it a modern twist.”

An example of this updated look comes from the iconic proton beam: the lances of crackling energy that clutch at mischievous spirits and wrangle them in for Muon Trap containment. In the 1980s, the proton beam effects were hand-drawn, and the team wanted to retain some of this look and feel. So, in Afterlife the beams preserve the speed, color, and encircling beams as witnessed in the original films, but add noise and extra details for a more modern look. “We explored lots of new ideas as we devised the new look,” says Duggal. “We also had to think about things like how proton beams look when exposed during daylight, nighttime, or at the golden hour.”

Many classic Ghostbusters characters also received a CG update. Ongaro and Duggal collaborated with production designer François Audouy (Ford v Ferrari) to develop CG version of the Terror Dogs, the Slimer-esque Muncher (“I showed Jason a tardigrade, which became the basis for the character,” says Duggal) and the miniaturized Stay Puft Marshmallow Men, courtesy of DNEG and MPC.

“We had a lot of fun in postproduction coming up with the Stay Puft shots, as well as reviewing the dailies and animation,” says Ongaro. “We dialed in the character’s look during cineSync sessions and worked to avoid anything too cartoony or too human-like. That was a lot of fun!”

On the more human side, CG enhancements were required for the iconic antagonist of Gozer the Gozerian (portrayed by Olivia Wilde in five-and-a-half hours of makeup). “The character looked great, but when looking at dailies and reviewing in cineSync, we decided we needed that little extra detail atop the prosthetic makeup,” says Ongaro. “We created a body replacement from the neck down, then changed the body proportions, made the costume more translucent, and created an energy effect to enhance the supernatural feel.”

And there was Afterlife‘s most memorable effect: the late Harold Ramis’s return as a spectral Egon Spengler. “I found this element of the story so inspirational: a character who doesn’t fit in with the rest of her family in the form of Phoebe Spengler, who discovers herself and finds she shares traits with a grandfather she never met—and the gets to meet his ghost,” says Duggal. “I found it so beautiful and moving, and it was fantastic that it was down to the VFX team to make that emotional moment shine.”

MPC were behind the creation of the impressive digi-double witnessed in the film’s final act. “MPC based the CG Egon Spengler on a concept design created by prosthetic makeup artist Arjen Tuiten, who aged the character 30 years on from the 1984 film, then added details such as sunspots, illustrating how Egon had worked as a dirt farmer for several years,” says Duggal. “Harold Ramis’ estate was also incredibly kind in supplying so much photographic and video imagery of Harold, which was integral to creating such a believable likeness.”

”We used cineSync for every review. It made it easy to give creative notes, make annotations, and get shots where they needed to be.

It wouldn’t be Ghostbusters without Ecto-1. The souped-up 1959 Cadillac returns in Afterlife in need of a little TLC, but with plenty of oomph under the hood.

The famous vehicle’s appearances throughout Afterlife are primarily practical, but some shots did require a CG takeover. “We used the CG version of Ecto-1 when Trevor Spengler goes on a ride through a cornfield,” says Ongaro. “We filmed a stunt car that had the same wheel-base as Ecto-1 and swapped it out with the CG version for some shots, like when Trevor performs a big jump.

“A lot of the shots seen from inside the car were shot on a greenscreen stage and composited, such as when Phoebe Spengler is in the gunner seat,” continues Ongaro. “We also had to do a couple of face replacements where we’d shot using a second unit and a stunt double.”

Again, cineSync helped in finessing these shots and making it appear as if the car chase was happening on a real road. “cineSync is intuitive and quick; you can easily make annotations, paint something, and explore color corrections on the fly, which is a great help on scenes like those with Ecto-1,” says Ongaro.

“Along with integrations with tools like Aspera, cineSync is a great tool for taking and receiving notes and making sure everyone knows what needs to happen with a shot.” 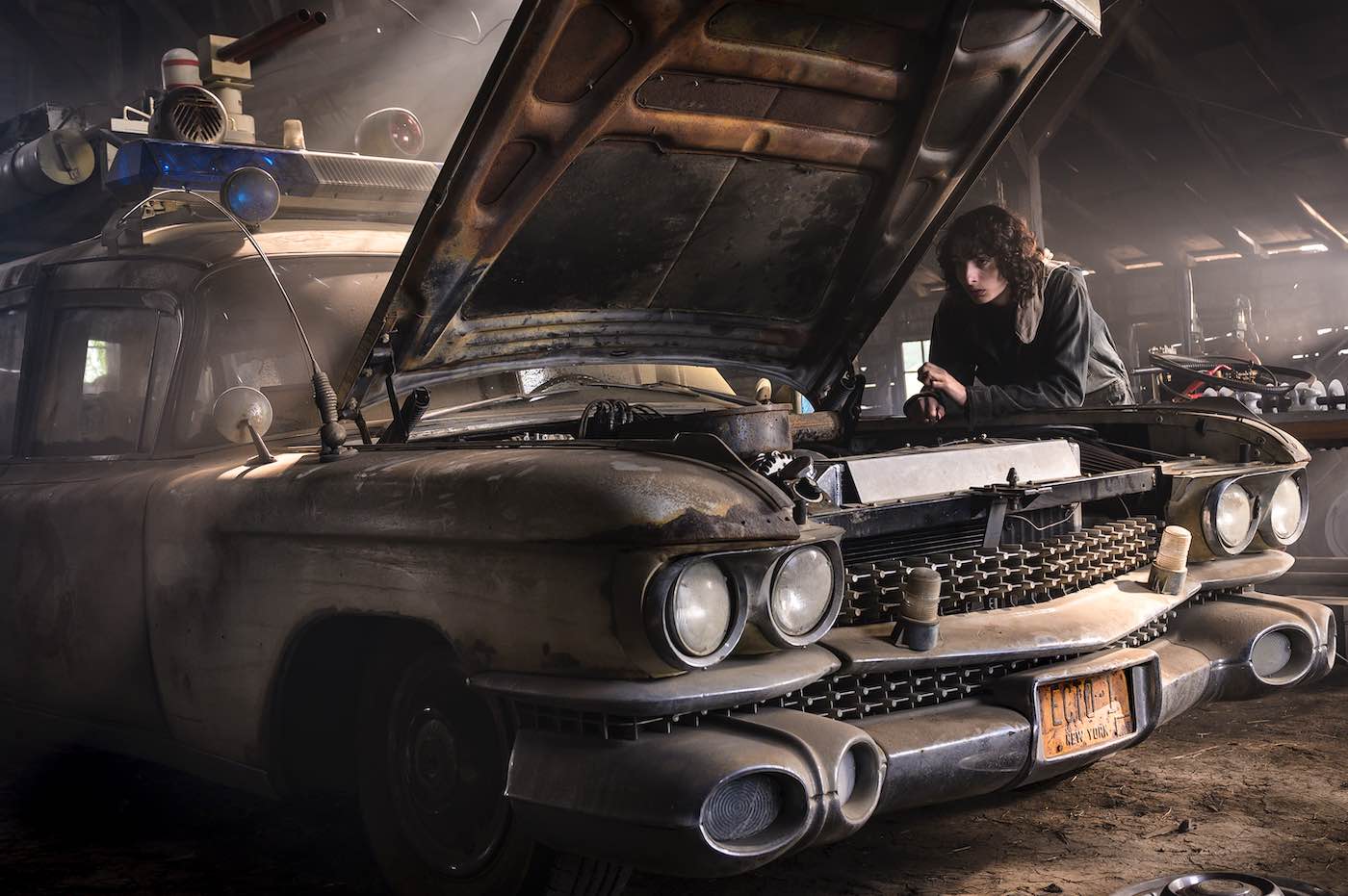 Whatever shot Ongaro helped to build or VFX element he reviewed in cineSync, one condition remained of the utmost importance to Ongaro: honoring Ghostbuster‘s legacy.

“The biggest challenge for me was to create something that would please the fans. That goal motivated me across every shot, and I believe that we succeeded; everything feels just right.

“Ultimately, Ghostbusters: Afterlife was a wonderful farewell to the ghostbusting team with whom we all grew up. The VFX teams did such a fantastic job—I couldn’t have asked for more.”

Start your trial and experience collaboration as smooth as melted Hershey’s chocolate. 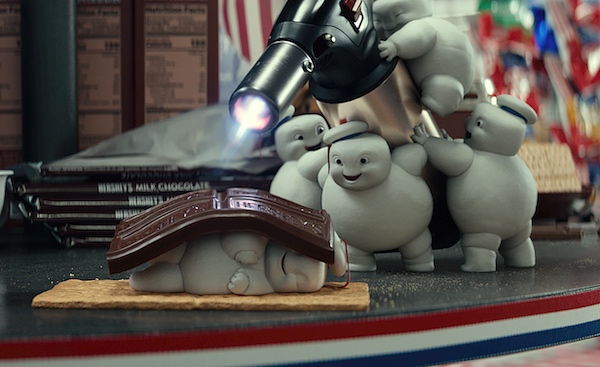