Since Disney+’s launch, Marvel has treated fans to six episodic entries into the MCU.

Moon Knight is the sixth entry, following hot on the heels of Loki, What If…?, WandaVision, The Falcon and the Winter Soldier, and Hawkeye. Here we follow Marc Spector/Steven Grant (Oscar Isaac), a mercenary/mild-mannered gift-shop employee with dissociative identity disorder drawn into a deadly mystery involving the Egyptian moon god Khonshu. As Khonshu’s avatar, Marc/Steven can transform into the eponymous Moon Knight – an ability that sees the character uprooted from London and dropped into the gorgeous backdrop of Cairo, Egypt.

Extensive digital augmentation was required throughout Moon Knight. With lockdown imposing limitations on production, cineSync became a critical tool in discussing such visual effects and taking the work over the finish line.

“Even before the work-from-home trend, cineSync played a key role in our day-to-day – however, it was instrumental on Moon Knight, with even more staff working remotely,” says Sean Faden, Marvel Studios VFX Supervisor. “Reviewing shots with our vendors and drawing notes using cineSync was a highlight of my day – it has some of the best annotation tools available! cineSync was particularly helpful in drawing notes for Moon Knight’s cape shapes and Khonshu’s animation; I got pretty good at sketching his signature skull!” 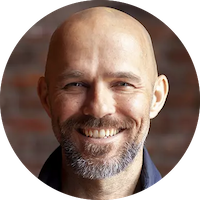 One of the vendors hired by Faden on Moon Knight was Image Engine – the Vancouver-based visual effects studio with credits on The Mandalorian, Obi-Wan Kenobi, Venom, Snowpiercer, and more. On Moon Knight, Image Engine handled 197 shots, including the Staff of Ammit, digi-doubles of Moon Knight, and a massive CG environment build of Cairo – all of which were helped over the finish line via remote review and approval in cineSync.

“You can’t shoot in Cairo,” explains Thomas Schelesny, Image Engine VFX Supervisor. “So, in one scene where Marc Spector is running on rooftops and gets into a knife fight with some bad guys, the only real element is the part of the set they’re standing on. The production shot it out in the parking lot with 360 degrees of greenscreen and a little parapet built around the shoot.”

Image Engine created everything else stretching beyond the actors. “We based our digital version of Cairo on a huge number of building photographs selected from Cairo, Budapest, and Jordan,” says Schelesny. “We placed geometry at a certain distance for buildings; beyond that, they were instanced. As a lot of these rooftops are used for storage, there are lots of details like piles of bricks, old bicycles, laundry, and air conditioners.

“I remember something didn’t look right when we initially laid out everything for the buildings,” he continues. “I asked our layout supervisor if he could select every building and give it a third of a degree to two degrees rotation in every direction, so nothing was ever square – suddenly it looked like Cairo! The team did an amazing job – during the rooftop chase, you can scarcely tell the difference between what’s part of the physical set and what’s a digital extension.”

Once the rooftop fight concludes, Marc Spector captures and demands information from his one surviving assailant. “The two actors were standing on a 10x10ft set piece of a cliff’s edge, surrounded by greenscreen,” reveals Schelesny. “The drop was only four feet. Everything else you see in the background, including the old monastery, is digital.”

The Staff of Ammit and Moon Knight

The antagonist in Moon Knight is one Arthur Harrow (Ethan Hawke) – Khonshu’s one-time avatar, but now a devoted follower of the Egyptian goddess Ammit. Using the Staff Of Ammit, Harrow exacts justice and judgment on others based on future crimes and extracts the souls of those deemed to be agents of evil. “The staff is seen many times in the show,” notes Schelesny. “Sometimes it’s just a staff, other times it glows with a luminescent, surrounding ribbon. In those latter cases, we would matchmove the staff, remove the practical staff, and add a digital topper.

“The hardest part was the staff transformation, which is when one of the staff’s dual heads flips over and becomes a single large head,” he continues. “To create this effect, the geometry had to fold inside itself. To achieve this, we wrapped all the geometry with additional geometry to make sense of the UVs. There was also a good chunk of internally-lit Houdini smoke rolling around the staff during the same effect. We worked hard on the smoke effect to ensure it exhibited continuity with smoke Weta FX created for another scene.”

Several of Image Engine’s shots also involved the creation of Moon Knight and Mr Knight – the latter being the superhero’s Steven Grant incarnation. “Digital doubles were built of Mr Knight and Moon Knight,” explains Schelesny. “When filming most of Moon Knight’s stunt work, the actor wouldn’t wear a full costume, so we had to finish it off and add the digital cape. We also worked on the character’s glowing white eyes. If you look carefully in several shots, you’ll see the sclera is darker than the iris, which is an inversion of the normal look of an eye. This effect was required because there were times when the character’s head was looking one way but his eyes another, so we made his attention obvious in the composite.”

cineSync proved valuable across all of the above shots – not just in dialing in the right look with clients but in collaborating internally, too, due to the limitations imposed by the Coronavirus pandemic.

“Because of COVID-19, our remote workflows had to be really efficient. In the past, I’ve used cineSync exclusively for client reviews, but on Moon Knight, I began to use it for doing crew briefs,” says Schelesny. “I’d load all the shots into cineSync, pre-draw specific brief notes for each department, and then record a Screencast QuickTime for every shot. Then, I would upload that QuickTime in ShotGrid alongside my saved annotations.”

Schelesny’s new approach to cineSync was advantageous when briefing remote artists who joined the show mid-production. “Rather than having to re-brief the work from scratch, I could play the video I’d made months earlier,” he explains. “I would open up the same cineSync session I had briefed with, screenshare it with an artist, update the annotations, save it out, and dump it back into ShotGrid. Doing so gave me access to an entire playlist of shots, all of the tools I need from cineSync, and, if required, I could have the artist work with me in real-time within cineSync just for briefs.”

cineSync also continued to play its essential role as a client collaboration and sign-off tool, with Schelesny often jumping on with VFX Supervisor Sean Faden to ensure things were heading in the right direction.

“Sean’s cineSync notes guided us and advanced the work to completion,” concludes Schelesny. “Sean and his team handled the work expertly, and everything came in on time. It was a super-efficient production, and I’m proud of the team’s results!”

Did you know? cineSync 5 is available now. Learn more about cineSync 5

”Reviewing shots with cineSync was a highlight of my day – it has some of the best annotation tools available! 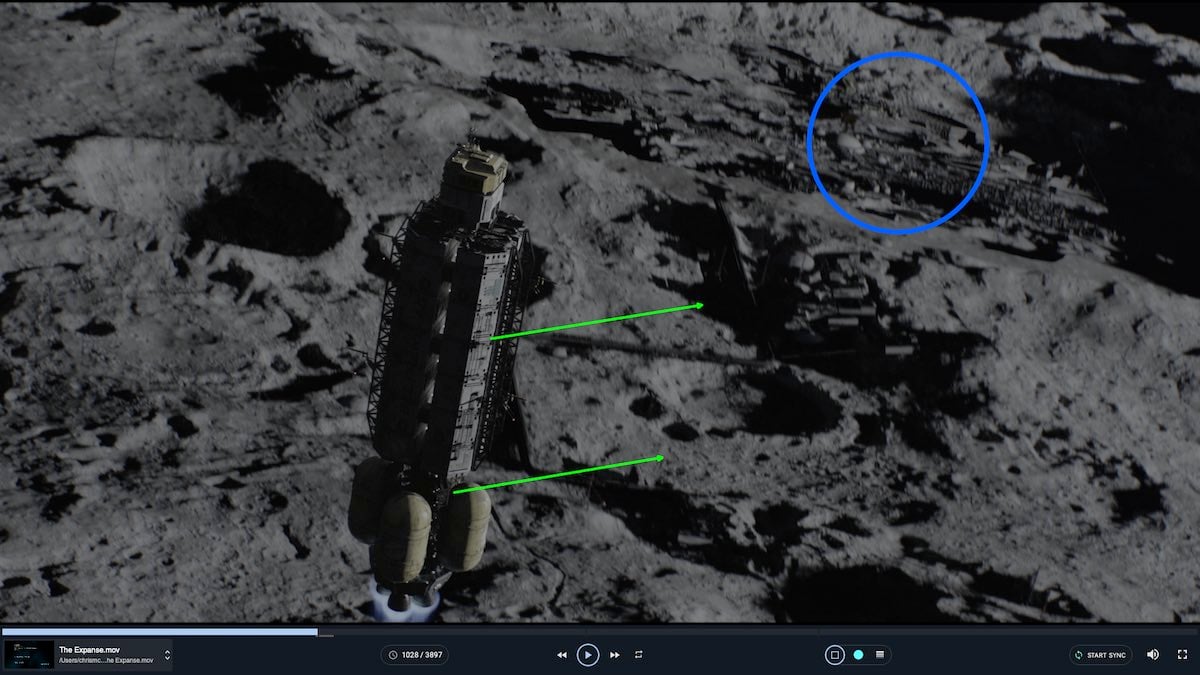