DNEG brings The Matrix Resurrections into the real world

Evans’ credits span everything from The Dark Knight to Harry Potter, Fast & Furious, and Mission: Impossible. However, the latest addition to the list is arguably one of the most anticipated franchise sequels ever: the fourth entry into Lana and Lilly Wachowski’s sci-fi cyberpunk series: The Matrix Resurrections. In Resurrections, Neo must once again escape from the computer-simulated reality of the title and save his soulmate, Trinity, from the clutches of the machines that created it.

DNEG acted as the lead VFX vendor on The Matrix Resurrections and split over 700 shots across its London, Vancouver, and India facilities, with Evans overseeing the work as DNEG’s VFX Supervisor. “The Matrix is such an iconic series, so it was incredible to get to work on it; I was thrilled when the project landed on my lap!” says Evans. “We had a ton of work to do, with a lot of focus on the film’s real-world scenes. That included fully-CG backgrounds, creature work on the newly introduced synthient characters, and a whole lot more.” 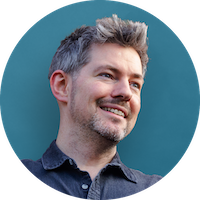 The Matrix Resurrections is a VFX-heavy film. Viewers watch as Neo bends bullets, sentinels slip through space like squid, and humans eke out an existence in cities carved from glittering rock. cineSync was vital in connecting Evans and others as they built out this new vision of a much-loved world.

“We often reviewed our work with Dan Glass, VFX Production Supervisor. As Dan was based in Berlin while the shoot was in progress, cineSync was always useful in keeping us connected,” explains Evans. “It would give us an excellent platform for shot and ldev discussion. We could watch work together, sketch over frames, and share the notes and annotations with the team afterward to make sure the brief was as clear as possible.”

One area where cineSync helped align thinking was in the creation of high-resolution digi-doubles, particularly those that went on to inform the film’s exo characters—friendly AI given physical manifestation in the real world.

“We created several digi-doubles, including some of Neo (Keanu Reeves), Trinity (Carrie-Anne Moss), and Morpheus (Yahya Abdul-Mateen II), who we captured in a photo booth performing FACS poses and delivering lines,” says Evans. “All of the data came back to DNEG, where we ingested it and ran it through our systems and our talented teams of artists to ultimately deliver the high-quality, photorealistic digi-doubles that DNEG prides itself on.”

“Yahya’s Morpheus digi-double was specifically interesting as it helped drive his character’s manifestation in the real world. When we’re in the Matrix, we see Morpheus as human. When we’re in the real world, he uses a machine called an ‘exo-generator’, which forms ball bearing-like spheres into a representation of the human form using magnetic oscillation. Lana (Wachowski, director) wanted Yahya on set for these scenes, wearing a bodysuit and head-mounted camera so that the other actors could react to him, rather than being shot separately in a volume somewhere else. Once we’d tracked and captured his performance, we then ran muscle and skin simulations to give as much accuracy to his form as possible before finally running the particle simulations over the top to create this ball-bearing, digi-double representation of Exo-Morpheus. We had to figure out things like how big the balls should be so they captured the subtle nuances of Yahya’s performance, but without being so small they look like visual noise. It was a fine balancing act!”

It’s not just characters who make a big comeback in Resurrections, but the real-world human and machine technology that fans of the series have come to love.

Case in point, the octopod-esque sentinels: multi-limbed hunter-seekers that hound human survivors. “Lana described the sentinels as the cockroaches of the Matrix world,” says Evans. “We created hero animated moments referencing the original trilogy where they’d pause in the air and react to the events around them for example, as well as revisiting the swarming of these machines flooding out as if they were one massive, moving organism. We added a lot of detail to those swarms while trying to keep it efficient for simulating and rendering.”

On the human side, audiences are introduced to the Mnemosyne, a human ship not unlike the original trilogy’s Nebuchadnezzar. “The production built beautiful sets for the main deck, loading bay, and medical room to which we added top-ups or clean-ups here and there,” says Evans. “However, the main bulk of our work was on the ship’s entirely CG exterior. We based the Mnemosyne’s movement on a mixture of the mechanical Nebuchadnezzar from the original trilogy but with the newly added influence of the synthients which is more organic. So when it’s flying around tunnels at high speed it looks and feels of the same world we already know, but this time also has an articulated tail that swims through the space adding some visual interest and bringing this more organic and alive feel to it.”

New to the franchise are four friendly real-world machines called synthients. Cybebe, Octacles, Lumin8, and Kujaku each have a unique design based in the machine world but distanced enough to communicate their new allegiance. DNEG took on the creation of these machines. “The synthients started as concept art from production, which gave a flavor of what the machines should look like,” says Evans. “We then created our own concepts at DNEG and had a back-and-forth dialogue with Lana. We wanted to make sure we used elements from The Matrix universe. For example, the bulldog-ish creature Cybebe has sentinel-like legs, and the body is formed from a dark metal with a red sentinel eye. We worked towards a friendlier feel by adding more curves and less battle damage, then it was down to the animation team to really drive home a strong performance that embodied their individual characteristics.”

The Matrix Resurrections grants a closer look at the real world that exists beyond the Matrix, with both the human enclaves and the colossal machine cities that surround them appearing several times across the film’s runtime.

In the case of the former, we see IO, a new subterranean city built by free humans and their synthient allies after the fall of Zion. IO coruscates with the light of a thousand habitats sat beneath a luminous artificial sky. “We planned the city and built it with real infrastructure,” says Evans. “There are sections for farming and industry, viaducts, and habitats.”

“We also wanted to make sure the city looked familiar but different enough to give the sense of IO being upgraded and created in partnership with the machines. So, you’ll notice a lot of metal alongside concrete and rock, and a neutral, almost skin-like texture between the metal, like something you might see from a 3D-printer, intricate and beautiful connecting pieces to tie it all together.”

DNEG employed a different aesthetic for the machine world and fetus fields where human embryos are born into the Matrix. “The fetus fields are such an iconic environment, so I was super excited to work on them,” says Evans. “We created this expansive environment with the eggs, harvesters plucking at them, and sentinels swirling around towers, all taking place beneath a nightmarish sky.”

To ensure consistency with the fetus fields in the original Matrix and those witnessed here, Evans and his team located assets used over 20 years ago along with a version of Maya that could open them. “We tracked down a harvester, sentinel, and fetus egg, which served as great reference but had to be remodeled to today’s standards and to hold up at 4k resolution,” says Evans. “The environment was so big and so dense with detail we had to think smart in our modeling approach. Once we knew where the camera would be and which sections would have the most screen time, we detailed things out from there, but even still, it was one of our biggest environment builds we’ve had to tackle.”

DNEG also worked on several sequences that occur in the Matrix simulation, such as an epic bullet train shoot-out that takes place just before Neo leaves the Matrix for a second time.

“The bullet train sequence was shot on a practical set, with greenscreens used to show the environment passing outside the window,” says Evans. “The team in Vancouver did the environment replacement, squib hits, muzzle flashes, and bullet hits on walls, along with a lot of clean-up work. Also, if you’re watching carefully, you can see some lines of Matrix code in the windows, hinting that what’s happening isn’t so real.”

DNEG also worked on the Dojo Construct fight sequence, where Neo and Morpheus fight one another in a callback to their sparring session in the original film. DNEG created a dojo inspired by the original movie and working alongside the team at EPIC, helped create the exterior environment inspired by the Rakotzbrücke (aka The Devil’s Bridge) in Germany; the result was a minimalist timbered structure sat in the center of a sun-kissed lake.

The creation of this scene occasioned a significant pipeline and workflow shift for DNEG, as it was the first time DNEG delivered an entire sequence of work, consisting of over 100 rendered shots, straight out of Unreal Engine (with a bit of love from compositing). “We were using Unreal Engine in a way it hadn’t been developed for yet, which was trying to break things apart into layers and render passes to give us the same sort of control we’re used to in a VFX pipeline. This was vital for our compositing team to be able to raise the bar and give that final 10% of visual love and to achieve Lana’s visual style,” says Evans. “Epic Games was super helpful; whenever we had a problem they would send us a new patch or update, even a new engine build that was hot off the press. Now, Unreal Engine has become a lot more advanced and a lot of those features have progressed even further, so it would be interesting to do the sequence again rather than reinventing as we go!”

With cineSync along for the ride, such challenging sequences could be discussed, collaborated on, and finessed as The Matrix Resurrections moved toward its deadline. “cineSync is an important tool in an industry such as ours, which is all about the visuals,” concludes Evans. “Words alone often don’t tell enough of the story. cineSync helps us to connect, discuss, and disseminate, quickly and easily.”

”Words alone often don’t tell enough of the story. cineSync helps us to connect, discuss, and disseminate, quickly and easily.

Start your free trial of cineSync and see how deep the rabbit hole goes. 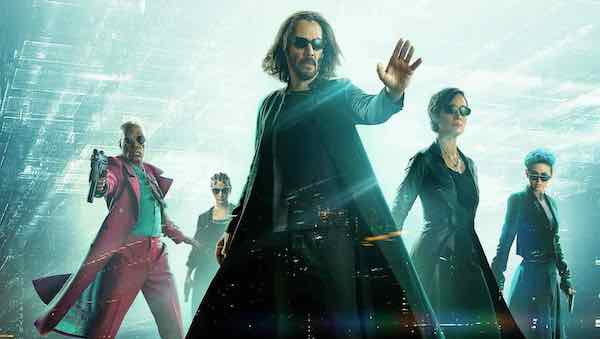