The Line is an animation studio run by animators.

What could sound like marketing-speak is anything but: animation truly runs through The Line’s lifeblood. Both front-line artists and company founders alike are passionate animation experts, and every project taken on, every business decision made, is rooted in addressing the same goal: increasing the quality of The Line’s animated output.

“For the most part, the company directors at The Line are also creative directors,” explains Sam Taylor, who is co-founder, producer and, of course, also a director at the studio. “Many of our directors are still very hands-on with the production process, including drawing, painting, and developing techniques themselves.”

This core, well-nurtured devotion to animation is probably why The Line has found such success. The Line has racked up some 20 million views across its platforms, received seven Vimeo Staff Picks, and landed one BAFTA nomination. And although the studio is focused primarily on high-end, stylized 2D projects, its projects also span everything from games to web series and interactive experiences.

The Line’s work is more popular than ever, and its team is still growing – and that’s where ftrack Studio enters the picture. An artist-run studio requires artist-friendly tools, after all, and ftrack Studio’s accessible, intuitive production tracking interface has supported The Line as it’s taken on more projects and increased cross-team collaboration. 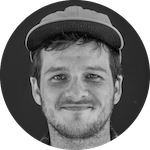 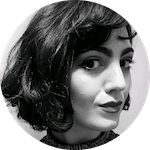 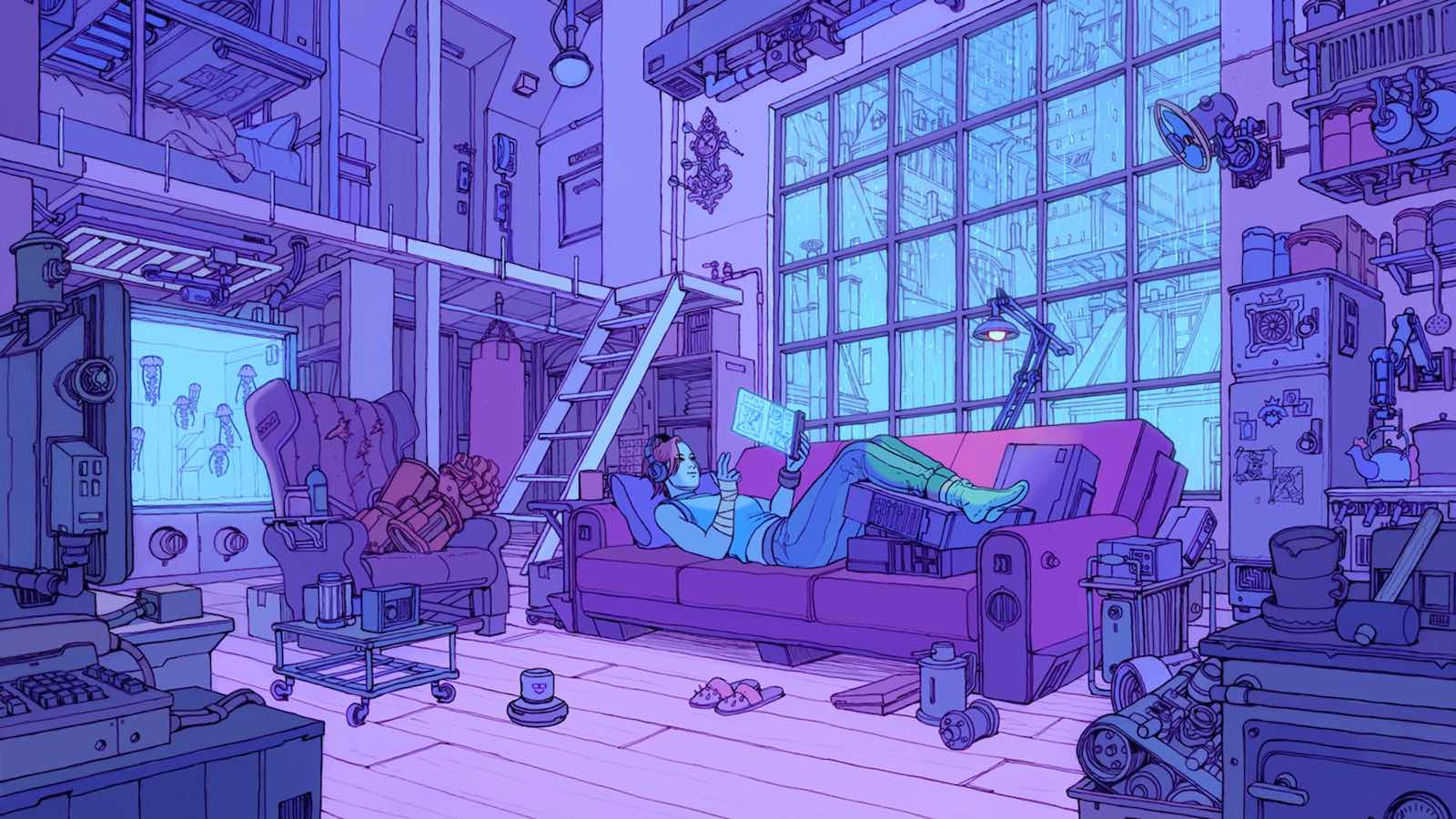 “The Line started as an accident, in many ways,” says Sam, reflecting on the East London-based studio’s origins. “The Line’s original team members and I were all making short animated films on our own. However, we soon found we enjoyed the process so much more (and that our quality and output increased) when we were together in a room. So, in its first incarnation, The Line was a bunch of friends working together for fun. Before we knew it, we had a website, a logo, 22 permanent staff with a regular rotation of contractors, and eight years behind us.

“Nevertheless, throughout all of that, the same thing that brought The Line together at the start motivates everything we do today: building a community of talented people who like working with one another and produce excellent work as a result.”

The approach is indeed working. The Line’s roster of clients from over the years features powerhouse brands like Gucci, Ubisoft, Viceland, and Doritos – and the work continues to pour in.

“In the past, it was rare for The Line to work on more than one project at a time. However, these days, we’re usually working on three or four simultaneous projects,” says Sam. “And the team is growing too; today, our crews are composed of designers, background painters, layout artists, storyboard artists, animators, cleanup artists, colorists, compositors, and producers. Also, although we’re less well-known for 3D work, we generally have a 3D component in the process, and with each project, that’s becoming a larger piece of the puzzle.” 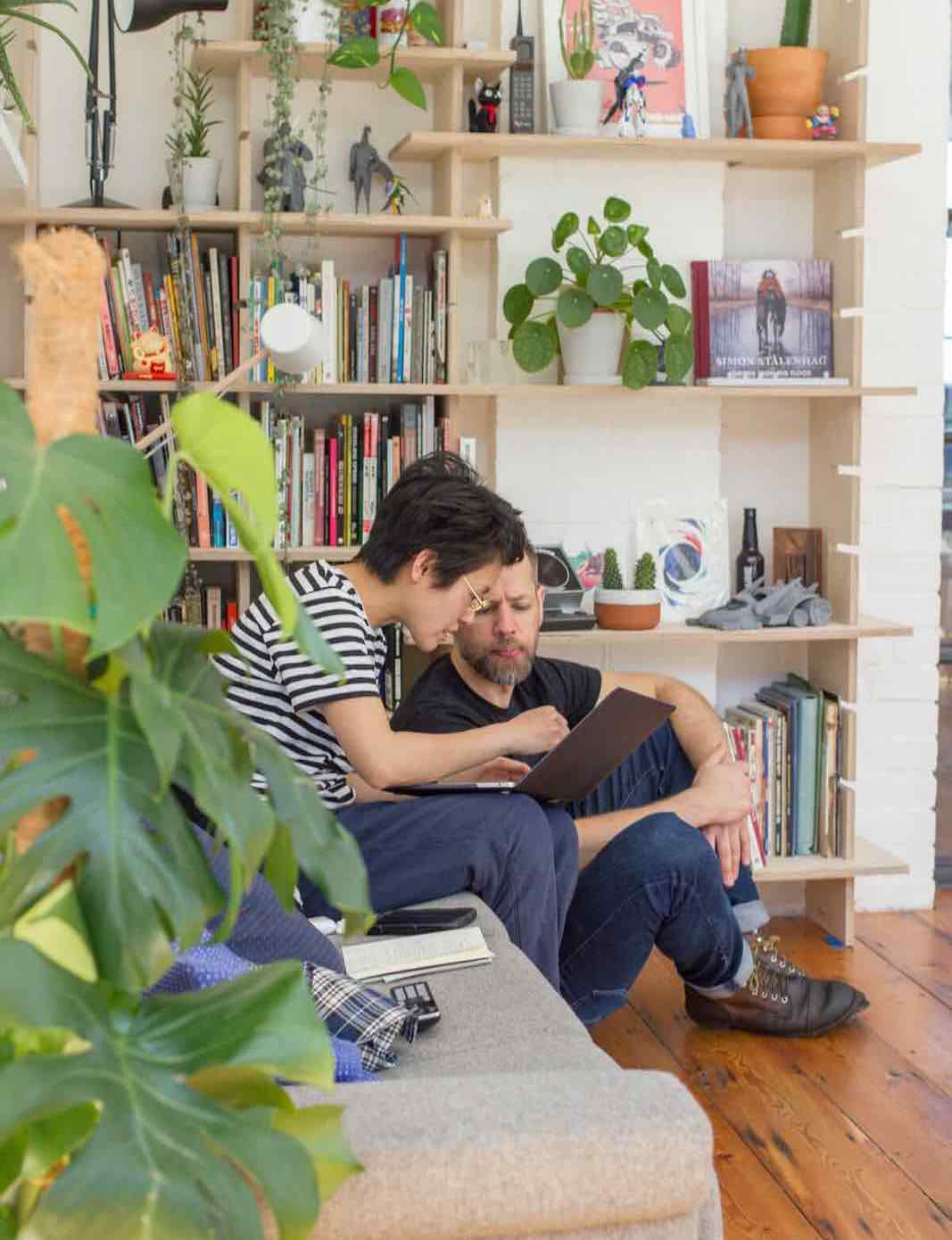 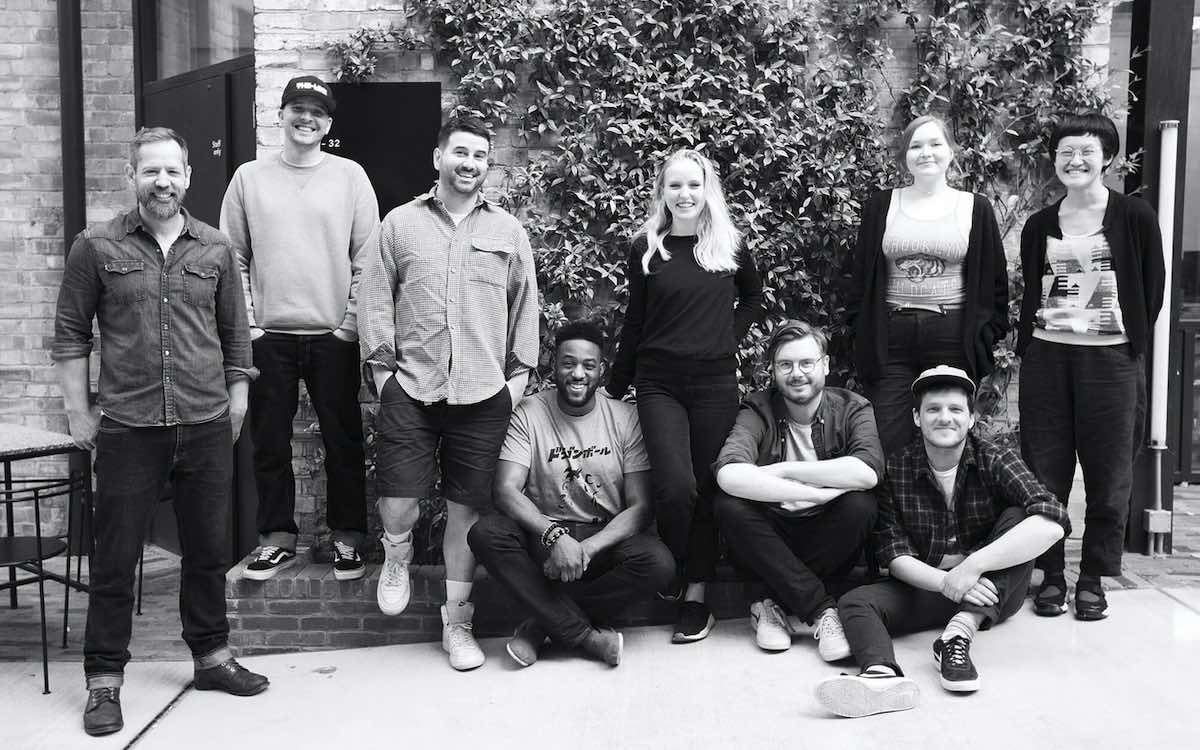 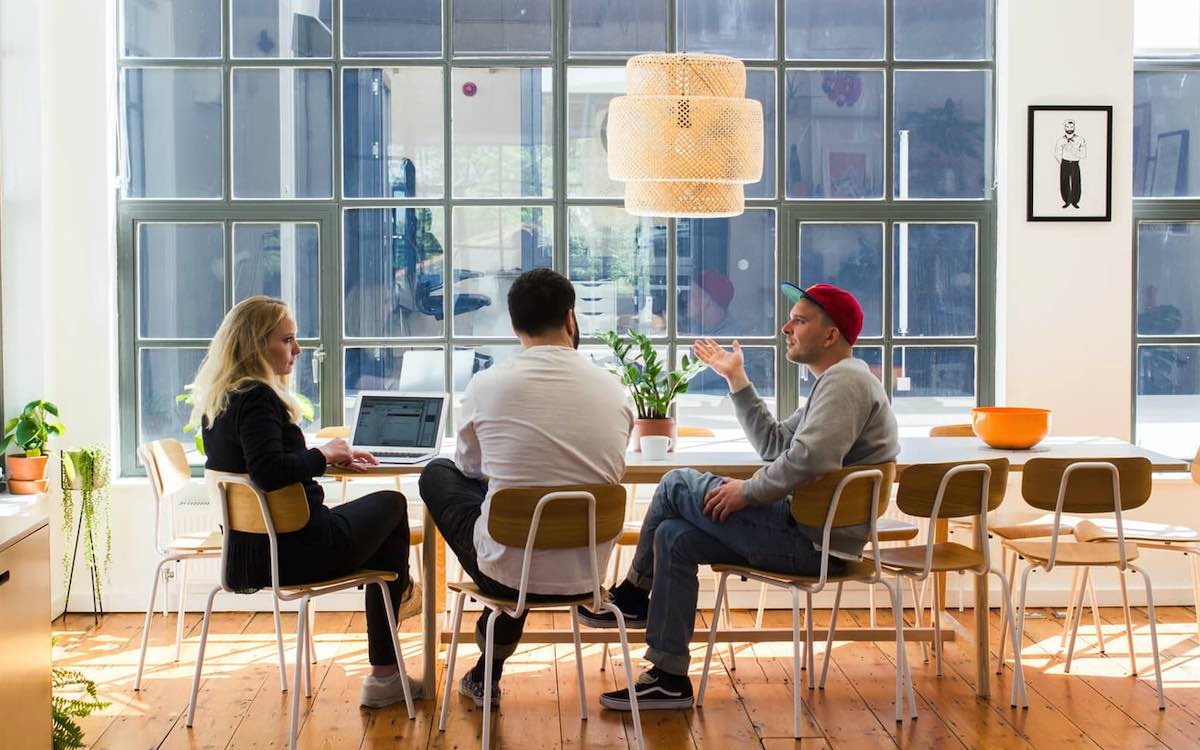 With more work coming into The Line and multiple projects spinning up at once, a project management solution was required. However, The Line needed more than a standard production tracking tool – the team needed a solution tailored to animated workflows that wouldn’t bog down the team in endless admin.

“As an artist-run studio, it’s critical that our process and pipelines complement our projects and creative aspirations and also centralize and clarify all comms. That way, our team can focus on the direction and execution of a project,” says Lisa Smith, The Line’s Head of Development. “This is what ftrack Studio offered, making it an easy choice.

“Using ftrack Studio has empowered us to streamline the admin and set-up of projects, so our creative teams can just spin up and start tracking. Once we’re going, ftrack Studio keeps our process and pipeline uniform and consistent from project to project. That consistency makes it easy for individuals to move between assignments – they know what to expect and what’s needed.

“ftrack Studio offers us clarity, and that saves time overall.” 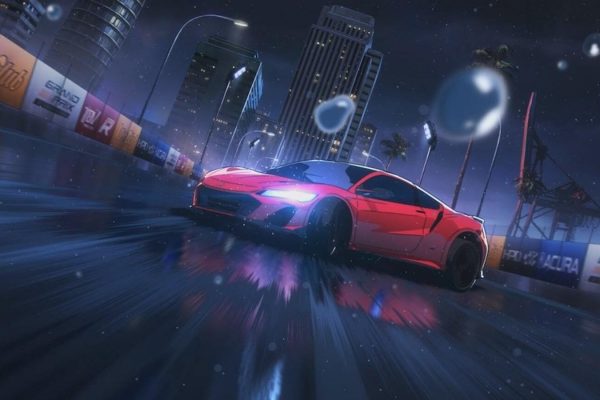 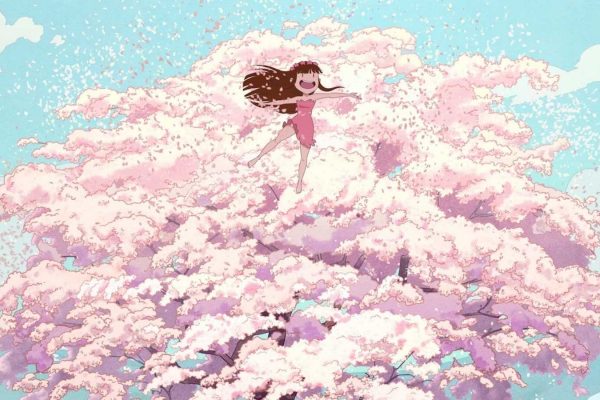 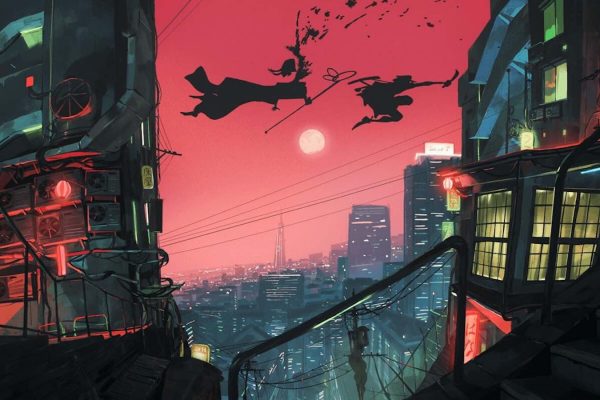 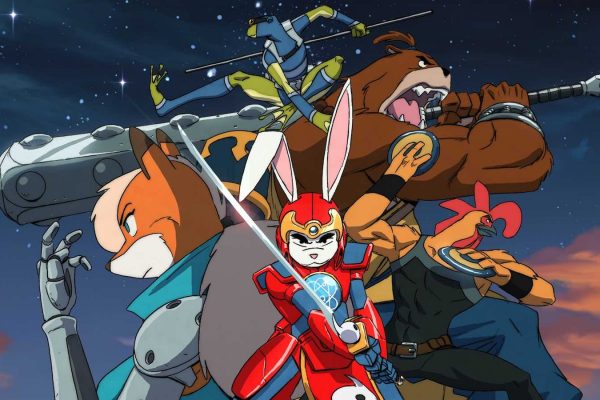 Garena approached us to create a high-energy animated music clip for their 2021 Free Fire World Series 2021 event,” says Sam. “We loved the script, which was about a group of young gamers who are sucked into the game and must fight an overwhelming enemy force. Garena graciously gave us the freedom to invent a whole new 2D look and feel for their universe.

“For the Dear Alice project, Chobani asked us to create a futuristic vision that felt hopeful and positive – not a perfect utopia, but something within reach,” says Sam. “The turnaround was incredibly tight. However, with Joe Hisaishi composing and an incredible team of artists and animators on board, we pulled out all the stops to make it happen. The team took cues from classic Japanese animation for the tone and atmosphere while still making everything feel our own.”

ftrack Studio helped run both Free Fire and Dear Alice from start to end and kept animators on track as they worked toward their deadlines.

“Using ftrack Studio on Free Fire and Dear Alice helped us run those projects efficiently for sure,” says Lisa. “We also found ftrack Studio helped us better understand how we wanted to work with one another as artists. Centralizing our projects meant everyone employed at The Line could see other projects and how they were being made. We created a lot of fun project overviews, for example, which showed high-level project information at a click. As we could share these dashboards company-wide, our crew could jump from one project to another and see how things were progressing. That shared communication and visibility helped our management teams problem-solve together as they learned from one another’s progress.”

The production tracking data amassed on Free Fire and Dear Alice also had future implications for The Line. “Although ftrack Studio was a valuable source of project information day to day, it has uses beyond that. The legacy data about past projects informs us about best approaches for future projects. We can see what worked and what didn’t and inform future strategy and project/team structure.”

”ftrack Studio helped us better understand how we wanted to work with one another as artists.

Media review also played an essential role in the Free Fire project. Media review inside ftrack Studio enabled The Line to connect with clients and discuss projects in interactive sync, ensuring everyone stayed aligned on next steps and subsequent iterations.

“We used client review in ftrack Studio extensively on the Free Fire project; the process helped strengthen our communication with the Garena team on the client-side for sure,” says Lisa. “Using media review with ftrack Studio, we could easily add versions to a session and write notes and annotate directly on media. These features made the review process super-efficient, and importantly, they made the process feel like a creative collaboration with our clients rather than an administrative necessity. That’s important for us at The Line.”

Looking to the future

The Line’s relationship with ftrack remains relatively new, and the team is still finding ways to integrate the platform into its studio workflow. The team is currently implementing ideas to capitalize on the platform and increase overall project efficiency.

“We’ve enjoyed using ftrack Studio’s custom attributes feature, which has helped us get even more out of the platform while reducing the need for additional tools or software,” says Lisa. “We’ve also performed some initial software customization. For example, we’ve created checkboxes for our assistant teams, so they can check off when the preparation behind specific tasks is complete. We’ve also created custom file-sending columns, meaning we can track when files are sent to a third party and chase tasks if they’re late.

“Overall, our experience with ftrack Studio has been very positive,” says Lisa. “We began our journey with a direct meeting with the ftrack team and those conversations have continued to this day. Those meetings are a great way to give feedback and progress our use of the platform, request new features, and learn about new ways of working with the platform. We’re excited about where things will go from here!”

Dive into production tracking with ftrack Studio and make life easier for your artists.